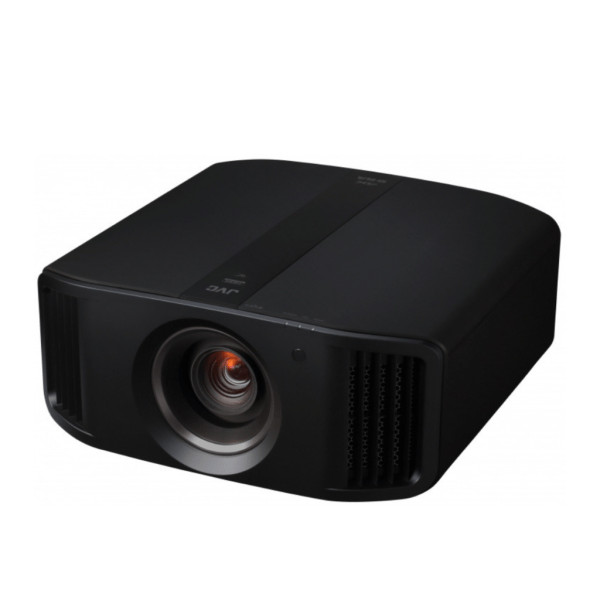 JVC’s DLA-NX7 is definitely one of the most impressive additions to the DLA series. This series represents the very latest in terms of home entertainment projectors. This model is packed with some of the most cutting-edge features and technologies currently available in the market. This is largely due to the fact that it comes equipped with a modern and revolutionary 0.69 inch native 4K ultra high definition DLA device.

Due to the presence of this technology, the projector is fully capable of producing some of the most razor sharp images possible, in  high definition native 4K 4096 x 2160 resolution. The JVC DLA-NX7 home theatre projector can easily match the capabilities of a fixed LED screen TV set, except it’s both bigger and better overall.

The projector has a 1,900 lumens capability, which means that images produced by the device are exceptionally bright and sharp. Additionally, the life of the lamp is a minimum of 4,500 hours on low usage. You will have hours upon hours of cinematic fun, while watching the very latest Hollywood blockbusters in ultra-high definition from the comfort of your very own living room.

The JVC DLA-NX7 has also been equipped with its own “Auto Tone Mapping” feature. It is now possible for the device to easily and automatically adjust to multiple settings as per the mastering information that it might receive from any of its input devices.

The JVC DLA-NX7‘s 1,900 lumens output may be viewed in Native: 80,000:1 and Dynamic: 800,000:1. In light of its amazing future-forward features, we can state that this device offers a unique access to a breathtakingly awesome display for many years to come.