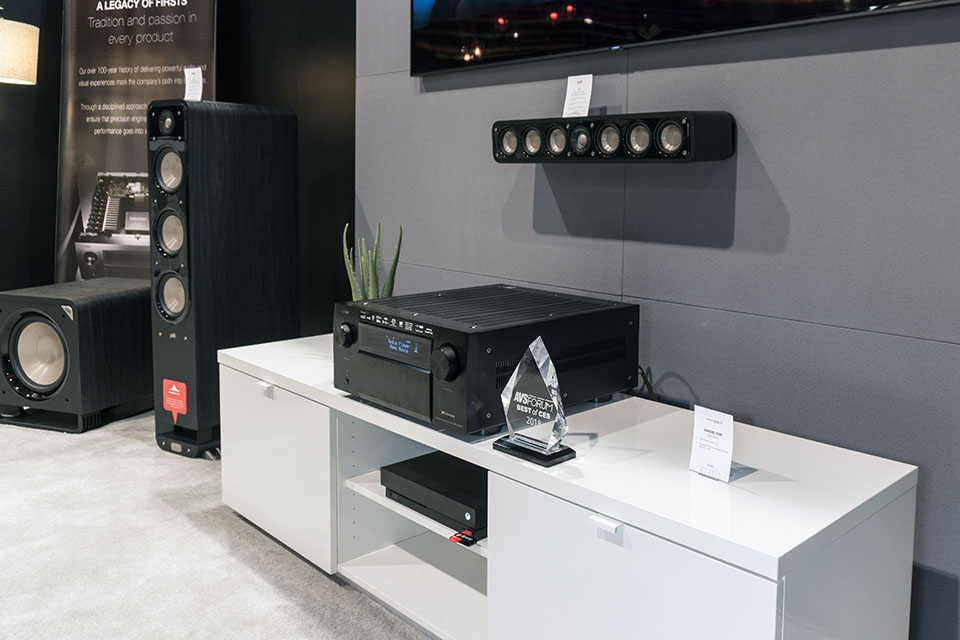 AV technology changes so fast it doesn’t take long for receivers to go obsolete nowadays. With many options to choose from, only a select few have what it takes to stay relevant for several years. Denon AMPs is one such brand. The brand continues to raise the bar when it comes to amplification. Here, are just some of the star players for Denon AMPs that are super powerful and have the goods to stay relevant for a while. So, let’s start our countdown (in no particular order).

TheAVR-X8500H has the distinction of being the world’s first 13.2 channel AV receiver that features a cool 13 channels of amplification and gives you two additional amp channels compared to the AVR-Z6400H, which was released just last year. The improved performance of the AVR-X8500H is made possible by the smart decision to keep R and L channel signal paths separate from each other on the amp section, which results to improved sound quality. You also get up to three immersive sound formats along with High Dynamic Range, which includes HDR10, HLG and Dolby Vision. You also get 15 sets of speaker binding posts with eight height speakers and 4 assignable to front wide speakers, creating a wholesome 13-channel Auro-3D configuration with no less than five heights and a “Voice of God” channel.

Enthusiasts who are looking for a budget option will find that the AVR-550 can quench their thirst for sound without the hefty price tag. This Denon AV amp is seriously high tech and surpasses the performance of the previously released AVR390, AVR550 & AVR850. What makes it special is that it’s a budget option that’s capable of delivering a full home cinema experience, supports the latest picture specifications and delivers solid sound quality.

Together with Arcam’s legendary amplifier technology, Dolby Atmos and the DTS:X, this A/V receiver is able to deliver powerful sound and picture quality. Both audio and video stages have been designed to integrate with the latest technologies. With the AVR550 you get 3D video, 4K Ultra Video and HDCP.2.2 already build in along with worldwide access to internet radio stations, which can also be interfaced with UPnP audio servers. The USB port supports memory devices so you can record and play your favorite tunes and movies on the fly.

The Denon AVR-1500is a mid-range receiver that is able to deliver in spades. The first thing you will notice is that the front panel is missing the usual input-selector buttons that were present in the previous versions. Users will have to use the large audio and video buttons located next to the volume knob to select inputs. The amplifier section of the AVR-1500 has been designed to deliver 70 watts per channel in stereo, with a center speaker output being rated at 70 watts and surround outputs at 20 watts. There’s also an A/V connection for two play-only video sources. Soundtrack-oriented modes, such as, Dolby Pro Logic, Wide Screen, and Live Surround enable the user to manipulate the center output level.